In the Indian tradition, the continuity of the forms of life is represented by the concept of ‘Brahman.’ The Brahman is the substratum that underlies all existence (sat), knowledge (cit), and positive emotion (ānanda). In many Indian languages, happiness is equated with ‘sukha.’ However, sukha is just a state without physical and psychical ailment, where a person has the energy and strength to perform his duties. In other words, sukha is perceived as the absence of duḥkha. On the other hand, ānanda is the ultimate bliss, which is independent and imperishable, because brahman is conceived as ānanda, which is absolute bliss and genuine happiness. When an individual attains ānanda, one knows the truth (satyam), does good (śivam), and enjoys the beauty (sundaram) in its ultimate splendor. The Center envisions that all shall attain the state of ānanda through conscious efforts.

The tagline is the excerpt from chapter 12, verse 4 of Bhagavadgītā. In this verse, Krishna explains the quality of the individual who has attained self-realization and true knowledge. One who is established in ānandamaya kośa experiences the oneness with the existence and naturally remains engaged in the welfare of all. It is the reflection of the integral and wholesome idea of well-being in Indian culture. It also depicts the essence of being self-realized yet rejoicing the welfare of all beings.

The logo signifies the conscious human existence as described in Indian Wisdom. Lotus depicts spirituality in the Indian tradition. Four petals represent four dimensions of existence – physical (annamaya), vitality (prāṇa), mind (manas) and rationality (vijñāna). The connected and unconnected lines signify the evolution. When four dimensions of existence are harmonized, it unleashes the ultimate bliss – Ānanda. The yellow dot signifies the enlightening being who is on the path of happiness. The bright colors like saffron and yellow depict the element of light which is the symbol of knowledge shredding the darkness of ignorance and negativity. 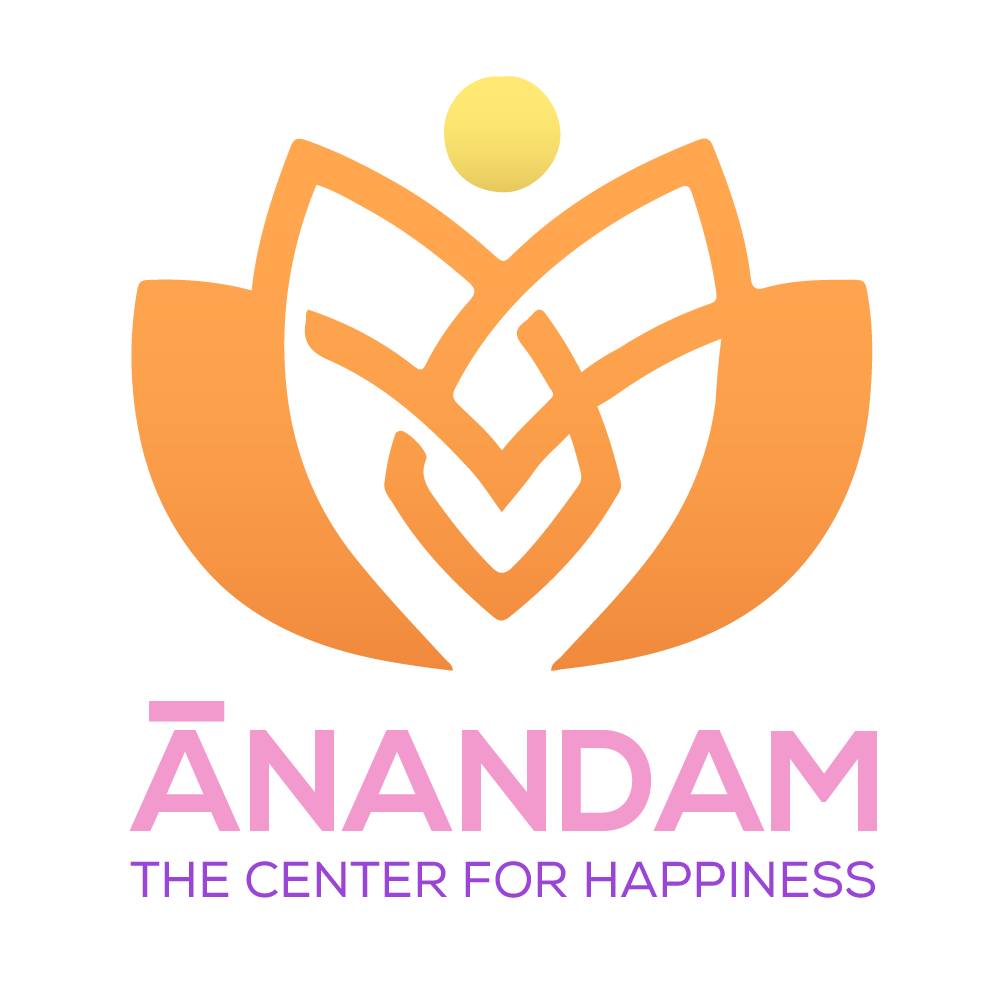